A Statement About Heretical Traditionalist Priests and Chapels
The New Mass (Novus Ordo Mass) is not a true Catholic Mass, since it is neither a valid or licit rite of the Catholic Church. The only option for a Catholic for Mass and the Sacraments is the Traditional Latin Mass (not the traditional Mass administered by the Diocese, the “Indult Mass”) or a Traditional Eastern Rite Mass (Uniate, not Orthodox). The problem is, that almost all of the priests celebrating these Traditional valid Masses hold to one or more heresies. They either (1) accept Benedict XV1 as a Pope and his Bishops as the true hierarchy, or (2) deny the dogma Outside the Church There is No Salvation in its true meaning—that is, all who die as non-Catholics are lost. Such thinking is not consistent with logic because, if these valid Traditional priests truly accept the precepts of Benedict XV1 and his Bishops, they would be obedient to all that they profess, e.g. receiving the Holy Eucharist while standing vs. taken on the tongue while kneeling; the practice of the Vatican’s version of ecumenism; the changing of the words when confecting the Holy Eucharist (forbidden by Church Dogma); and a host of their other heresies.

Many Traditional Priests hold other heresies as well. This being the case, Catholics cannot aid the propagation of heresy by financially supporting them. Supporting the heresies of these priests is tantamount to participating in heresy also.
Unfortunately almost all Traditional priests fit into this category. Does this surprise you? Well, here’s what Jesus asks: “Yet when the Son of Man comes, will he find, do you think, faith on earth?” (Luke 18:8).
You may ask, can one attend the Masses of those priests celebrating valid traditional Masses who may hold heretical beliefs, if one doesn’t support the priest? The answer is yes if the priest does not notoriously impose his heresy upon those at his church one can go to his Mass just to receive the Sacraments.
Based upon our experiences with regard to valid Priests and Chapels in Florida and elsewhere (we have not attended all Traditional Churches) we recommend:
Immaculate Heart of Mary Chapel
2004 E Stuart Street
Tampa, FL  33605
Tel: 813-348-4460 (for Mass Schedule)
Fr Mauricio Maria Zarate
Fr Emillio Jose Fattore
Holy Family Traditional Roman Catholic Church
3385 Wickham Road
Melbourne, FL  32935
Tel: 321-255-4724 (for Mass Schedule)
Fr John Cordaro
We reiterate, we have not attended all Traditional Churches. We list only churches having our personal knowledge as being Traditional Churches worthy of attending. As we acquire further knowledge of bone fide churches, we will add them to this list.

Shrine of Our Lady of La Salette
Home
Subscribe to: Posts (Atom) 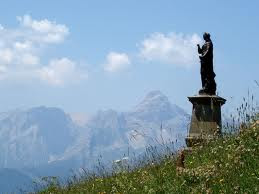 Our Lady of LaSalette, France